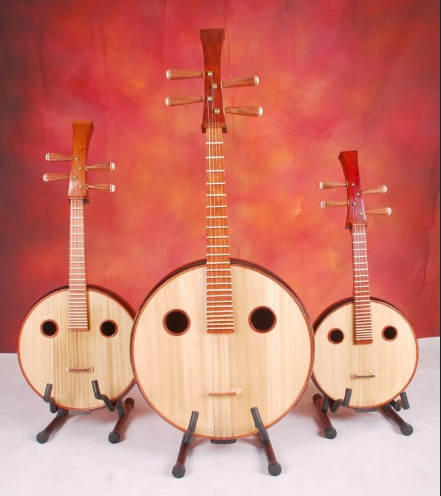 Orgel is a musical instrument that originates from the Land of the Windmills, namely the Netherlands. The shape of the organ is almost like a piano at a glance, because it is almost the same shape, but the difference is that there are a lot of pipes in the organ that sound the source.
Over time this organ has continued to develop and is becoming known by many other countries, and usually the organ is used or located in churches that still use the classic concept.

Bagpipes are musical instruments that originated in Scotland. This traditional musical instrument is in the form of a bag that is given a pipe as a sound source, usually this instrument is played by Scottish citizens using a set of traditional clothes from the country, how to play Bagpipes by blown.
In the Bagpipe there are 5 pipes, four pipes above and one pipe at the end of the bag called the chanter, to adjust to the Scottish national identity which is identical to the tartan fabric usually on the bag using a tartan patterned cloth. This instrument has a distinctive sound, which is a combination of loud, squeaky and snaking sounds, but still tunable, this instrument is usually played at celebrations such as weddings, music shows, and other events.

Flamenco guitar, a musical instrument that originated from Spain, a typical guitar of this country is indeed quite famous in the world. At first glance this guitar is almost the same as a classical acoustic guitar in general. What makes this guitar different is in terms of raw material which makes the sound produced softer than a guitar in general, its size tends to be smaller.

Many people consider that the Flamenco Guitar should be played by direct finger picking to produce perfect sound or not using the help of a pick, this guitar is usually used by the Spanish community in many art events.

Janggu is a musical instrument that originated in Korea, if you often watch Korean dramas with saegeuk or royal themes, surely you have seen this traditional Korean musical instrument. At first glance janggu looks like a Korean-style drum, Janggu musical instrument shaped like an hourglass is played by beating using two special sticks.
Janggu itself is often used in many cultural events in Korea including certain performances or ceremonies.